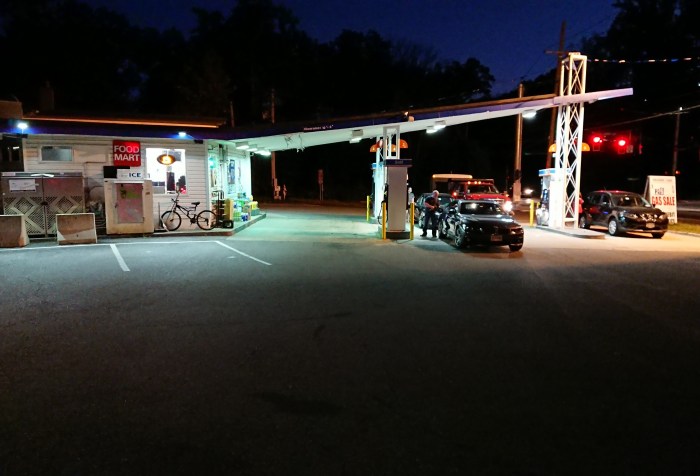 The U.S. is finally getting serious about electric vehicles if, that is, the President’s new $3 trillion infrastructure bill passes as it includes $174 billion to drive the EV market forward. From an EV perspective, that puts the U.S. in a position to catch up with other countries that are already more aggressively focused on an electric future. Indeed, by 2050 it is estimated that half the cars on the road, globally, will be electric powered.

What, one wonders, does that mean for the traditional gas station? Electric powered cars will no longer need to visit a gas station as part of their journey, unless, of course, the gas station evolves to offer new forms of “fuel” rather than just gas and diesel. But therein lies the challenge. The classic gas station was designed for very short stops, allowing a multitude of cars to fill up in any given hour without a huge line of waiting drivers. Even the associated convenience store has been built around that premise, with the expectation that journey-goers will pop in to pay for fuel and buy a couple of quick takeaway items. Fill up quick and make room for the next car is the underlying business model.

That model doesn’t work when charging takes 15 to 30 minutes: many current gas stations simply don’t have enough real estate to support the potential demand, especially while also serving the remaining 50% of cars that do need gas. Trying to evolve to the new era while still serving the needs of the core customer – the gas-powered car – will prove to be a tricky balancing act for many stations. Further, the entire purpose of the gas station is to sell the oil company’s product, and it’s not clear how quickly some of these companies want to help enable the transformation away from their core product (in fairness, some oil companies are embracing this future, and struggling with the very concept of how to keep the gas station relevant).

There’s a second challenge for the gas stations looking to transform too: if you build it, will they really come? Unlike the gasoline based model of today, most car owners “re-fuel” their cars overnight at home. Indeed, many estimates suggest that up to 90% of charging takes place at home in the current market, suggesting that there will be less demand for the old-time gas station, especially when destinations, as well as the home, will have charging locations.

Combining the two issues of a potential lack of space at the gas station, and the fact that many gas stations are located too close to the driver’s home to be of use, and we find that the old adage of location, location is true once more. More remote stations are more likely to be of value in a hybrid gasoline and electricity model. No one needs the close-to-home gas station for a power top-up and even if you did, the chances are that they are land-constrained, limiting their ability to build out a charging area. By contrast, a gas station in more remote locations, away from an urban center, will likely have more real estate to expand into, and be a welcome sight along the electric-powered journey.

Back in the more urban areas, we expect to see the gas station struggle as the switch over to electric-powered cars continues. To survive in the future era, the future smart stations will need to provide more than simply “convenience” stores. Expect to see coffee shops, such as Starbucks, develop a closer tie to the future charging locations as they look to keep the consumer occupied for a longer wait time. But once you start considering the need for a co-located Starbucks, are we really still talking about reinvigorating today’s gas station, or more likely, adding more charging stations to current shopping locations such as malls and Wal-Mart superstores? Anywhere with a large parking lot provides the ideal new location for a top-up stop both for the car and the people inside it.

Twenty years or so from now, we can expect that today’s gas stations will be far fewer, and further apart, particularly as our need for charging changes, thanks to at-home, over night top ups. But those that do remain should be an interesting hybrid of a reminder of a previous transportation era, a roadside attraction of sorts, while also supporting the modern future of EV power.