I’m not sure it’s possible to work in the technology sector without sitting through an industry presentation where the speaker engages the audience by discussing how many steps their fitness tracker recorded that day. We’ve all been around fitness tracker junkies; those that find solace in reaching their daily goal, and those that always seem to be a few steps behind. This type of love affair with new tech gadgets is nothing new. In fact, this past Saturday night, I experienced the all-encompassing grasp that new technology can have on us. 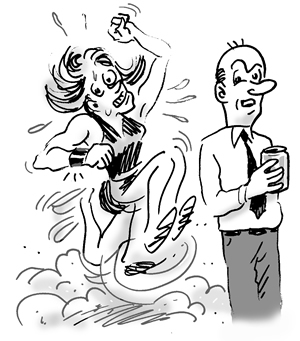 Sitting in a suburban backyard late into the night with no relief from NYC’s most recent heat wave, I was surrounded with good company, good eats, and Ms. DJ spinning the tracks to keep the mood upbeat. But, it was Tina, not the DJ who inspired this blog. While the music kept Tina moving, the fitness tracker on her wrist provided the motivation. She didn’t allow the 100-degree, 100 percent humidity night to slow her down. Whether marching in place or walking around the yard, and as the night got long, a rhythmic sway to the beats, all to see the final light illuminate on her wrist band. Technology has this hold on us; inspired by dedication and a desire to achieve, it can evoke the human essence and, in this case, brought fitness tracking to a broad customer base.

The fitness tracker industry is working through the challenge of selling to a mixed consumer base - dedicated enthusiasts such as Tina, and casual users that may or may not stick with their new found fitness plans. We’ve been here before, and we’ll be here again. As an example, many became gamers circa 2006 as part of the Nintendo Wii Sports craze. And while console gaming has reverted back to being the domain of core gamers; the casual fan returned in search of the next Pokémon via their mobile device.

This year’s breakout technology and talk of the town has been the Amazon Echo. I can’t begin to tell you how many stories I’ve heard from proud users explaining how Alexa set a timer, keeping their kids on point. As with the Wii and fitness trackers, there will be casual and hardcore users. Amazon’s ability to add relevant and engaging skills will determine the long-term fate of this year’s cool new device. Its capabilities already include state-of-the-art features such as telling Alexa to turn the lights off, but its killer app remains playing music, which is three times more common than using advanced skills like controlling other household devices.

Hey tech DJ, keep playing that song, keep searching for the next thing to capture the common consciousness. In the meantime, “Alexa, will it be cool enough to go outside today?”