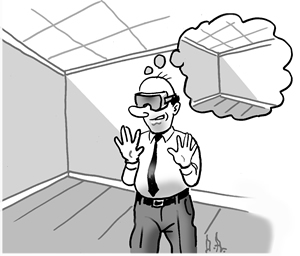 Mobile World Congress has traditionally been the playground of the mobile OEMs, highlighting the latest and greatest devices, and creating the loudest buzz possible along the way. To some extent, this fact remained true at MWC 2016, with a plethora of OEMs showing off new mobile phones. But while new handsets may have been tossed around like loose change, the real buzz was saved for VR headsets and the 360-degree cameras needed to help build some of this content.

Mobile World Congress was a veritable VR playground, even down to the fact that a fair portion of Samsung’s press event took place in virtual reality. Sure, there was a handset first – and the S7 looks great – but it looked even better when seen though a VR headset. And while we were all busily engrossed in the virtual world, Facebook’s Mark Zuckerberg walked though the crowd to the stage without any of us noticing. He then spent a while sharing his view on the future of VR (which is naturally very positive) and, as a result, most people walked out of the conference clutching a VR headset of their own, with their head spinning about where this was all going.

And that wasn’t the only thing spinning: at the show there were many VR experiments to try, from HTC and Samsung to one where the VR wearer was literary spun 360 degrees to learn what an out-of-body experience felt like - all fun stuff, but not necessarily ready for prime time, and not likely to pay the bills in the near term. There are still many questions to answer before we fully embrace VR, such as potential bandwidth concerns, as well as what exactly the average consumer plans to do in VR.

Short demos of rollercoasters and ball games are all well and good, but it is not yet clear if many of us are ready to embrace a longer experience, such as a movie, in such a context. In many of these cases, we expect a curated experience; one where the movie director has determined what we should be looking at and when to build the plot. Yes, there are a few exceptions to this, the most notable in my mind being music gigs, where I would like to be able to look around as though I was at the event itself, but I still suspect these example are few and far between at this point in time.

Of course, it’s easy to be a naysayer on new technology and to view this as simply the phone OEMs looking to transform their business to one that has more profitable potential than the current mobile phone market. But I’m also not ready to write off VR as a fad just yet; there is potential here, but it will take far more than a few headsets and 360-degree cameras to make it all a true reality. And you never know, perhaps just a few short years from now, we wont all need to jump on planes to attend a show; instead we can sit at home and walk through virtual aisles – with no other attendees in the way! Now, if that sounds just a little bit like the promise of video-conferencing a few years ago, well…