Perhaps, to be Practical is Madness

We find ourselves among a new generation, one that is redefining the technology that will shape their lives. Not the often publicized Millennials, but their successors, Generation Z. While no dates squarely define their age and few characteristics evoke imagery of who they will become, one thing cannot be argued: they were born into an always-on, always-connected world. 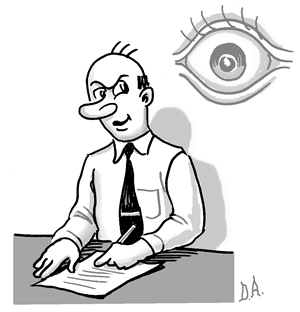 As in the generations before them, the undefined nature of youth is personified through the new technology that is beginning to surface. The breakthrough devices for Generation Z remain on the horizon, as the Commodore 64 and iPod once did for generations past. Yet, the intelligence that will power these devices is already taking shape. When you wake, do you see the world as it is today or imagine the virtual reality of the future?

I awoke the other day to my son dancing in the kitchen. Having told his new friend Alexa what tracks to play, it became a 6:00 a.m. dance party. Just as iPads trained children to expect every screen to be touch enabled, soon they’ll expect all devices to work simply by speaking to them. But the future is not about a migration to voice commands; rather, it’s a shift towards intelligent devices. Voice assistants such as Amazon’s Alexa are constantly learning our behaviors and interests. As this massive trove of data is processed, we will see a shift toward assistants anticipating and reacting to our needs as opposed to merely doing what they are told.

The groundwork is being laid through devices that already integrate elements of artificial intelligence. Devices, like the Nest learning thermostat, and the skills of Siri and Alexa are introducing this concept throughout our homes. While usage of voice commands is growing rapidly, it remains a basic interaction, such as telling Siri to call someone; but, technology is on the verge of enabling interaction with devices in a more human-like manner.

Will Generation Z grow up to see each day for its endless possibilities and refuse to accept the practical boundaries of the status quo?