Tale of a Cord Hugger

There is a perception that viewers are cutting the cord in droves, similar to the chopping down of Truffula trees to produce Thneeds. I, a tree hugger, am becoming a cord hugger, though a far cry from the Lorax of the cable industry. In this regard, my TV habits represent the majority as cord cutting is just starting to proliferate. This is my story; one about switching from Fiber Optic TV and re-subscribing to cable despite much consideration around cutting the cord. 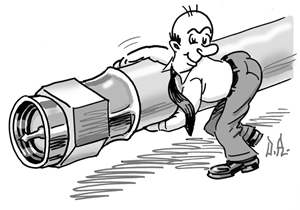 The decision point arose when the two-year promo rate ended, ratcheting up the cable bill somewhere north of $200 a month.  Do we need pay TV?  Maybe a skinny bundle would be sufficient? Should I construct my own over-the-top bundle to replace a pay TV subscription? Would it include Sling TV, Netflix, HBO NOW, and Showtime?  How much would Internet cost without the Triple Play discount? While it’s fairly easy to never plug in, cutting the cord can be quite an arduous task. Ultimately, cable provided the content our household wanted at a price that was unachievable with a la carte services. As an analyst covering digital video distribution, the evaluation process proved educational.

The first thought was to keep a pay TV subscription and lower the rate by dropping TV channels; simple, right? Not really. Skinny bundles, as they are more commonly called, are generally promo rates, and, for existing subscribers, no less expensive than the discount they were willing to extend for my existing TV package.

Option two was to cut the cord - and so began the process of determining what must be given up to go over the top. The idea was to make Sling TV the foundation. At $20 per month, with robust kids programming, this appeared to be a homerun. That is, until I realized it meant subscribing to two full-priced Sling services to get televised access to my last place NY Yankees and Disney channels. Sling just started offering YES Network, but as part of a beta package that does not include the Disney channels. Being a fan since the early 80s I wanted to stick with my team, which meant subscribing to the beta service and standard service to get the right channel mix. As is the case for many fans, access to in-market game day coverage throws a monkey wrench into the cord cutters dream. But this alone did not ensure coaxial cable kept running through the house. The real problem was that Sling does not authenticate all TV Everywhere apps. That’s a non-starter for the kids, who are more likely to use the Disney XD app than the linear channel.

And so, barely into the pursuit of a cut cord, the dream had fallen apart. I never made it to the math, but looking at the rates for Internet without TV, I doubt the over-the-top cocktail of services would have cost any less. While cord cutting and un-authenticated streaming apps are becoming more common, it still requires compromising content and services. Ultimately, the regional cable operator offered more channels than I had before, a faster Internet connection and a three-year rate lock at the price I was paying before my promo expired.

Back with cable only days after a two-year tour with Fiber optic TV, viewing changes are occurring. When you’ve had cable since the early 80s you know the channels and that means browsing is back. It remains to be seen how long this new found love for browsing lasts as frustration with the ads is already setting in.  More importantly, in a couple of weeks a new season of Peaky Blinders will be available on Netflix, pulling us back in to the (sort of) cordless world. But only partially; the cable cord will remain part of our household.