On the spectrum of Star Trek fanship, I fall somewhere between devout moviegoer & re-run viewer, and fully costumed Trekkie conventioneer. Some of my most vivid childhood memories are rushing home after school to see which new planet the Enterprise’s landing party would beam down to, and what alien species Captain Kirk and the crew would encounter. Fifty years after the first stardate, it’s only fitting that Star Trek marks its golden anniversary by breaking out of the box again, with new episodes slated to premier on CBS All Access streaming service instead of broadcast TV.
It’s September and the pennant race is heating up here in NY. At the time of writing, the Yankees are just one-and-a-half games out of first place, and the Mets hold a commanding lead in the NL East. Over the coming weeks, more viewers will tune in to the game, and October headlines will be all about the playoffs. Meanwhile, TV industry news has been concentrated on cord cutting; as expected Q2 ’15 turned out to be the inflection point where the first sizable number of subscribers canceled their TV service. Playing off the trend toward streaming video, Apple’s annual keynote included an Apple TV app demonstration from MLB.tv. Any fan watching immediately recognized what it means for the future of the game.
The kitchen refrigerator has got one heck of a challenge ahead of it when it comes to the automated home. Many household appliance advocates talk wistfully of when the fridge will know all about the food inside it and will be able to tell you that the eggs are about to go bad and that little Johnny just swigged the last of the milk and you are all out. And why stop there?
There’s a flaw with streaming video that smacks me in the face every now and then. Just when I’m settling into the show of choice, I occasionally get an ugly little message that says “Loading, please wait.” I don’t like it. It reminds me that my TV viewing habits are based on a less-than-perfect infrastructure (the Internet) with varying bandwidth to the home and potential server issues along the way. More importantly, it ruins my enjoyment of the show in question.
The AT&T/DirecTV wedding is complete and the carrier wasted little time in consummating the deal. Almost immediately, AT&T launched a new TV/wireless bundle offering a 10 percent monthly discount that leverages either U-verse or DirecTV. Of course, the ‘bundle’ is not a new concept in the wireless industry or across telecom and broadband, and indeed the major wireless carriers have often tried to bundle TV and wireless together. But this one is a more serious attempt with a single billing package and, of course, it is the first time a carrier has been able to offer its own TV service on a nationwide level. Indeed, the DIRECTV merger now makes AT&T the largest TV provider in the U.S., surpassing Comcast.

Windows 10 launched with the key promise of creating a user experience that transcends the phone, tablet and PC. While this should, at least in theory, help drive the appeal of Windows-based phones, the reality is that it may be too little, too late for the mobile component. According to NPD’s Mobile Phone Track, Windows-based phones accounted for just 2.8 percent of U.S. smartphone sales in Q1 2015.

This blog is for all the cable haters out there of which I am not one.  I love TV. 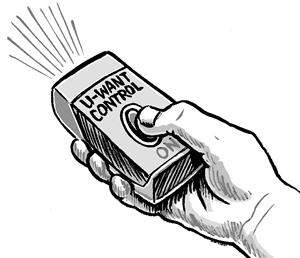 I tend to vacation off-the-grid, leave technology behind and turn the phone off. It’s a welcome chance to focus on the here and now, as opposed to the calls, texts, emails, and social sphere that links to everyone’s activity...
“My, that’s a large phone that you have,” said the lady. No, I wasn’t in a bar and it wasn’t a pick-up line. It wasn’t even aimed at me, but rather at my daughter who was toting around a gigantic Windows phone. Or as I like to think of it, her portable TV, since all she really uses it for is Netflix.

I’ve become a believer in the Connected Car, after wondering for quite some time why I should care about the concept at all. But my epiphany, if you can call it that, only came about when I didn’t buy one - and that doesn’t bode too well for the current market.